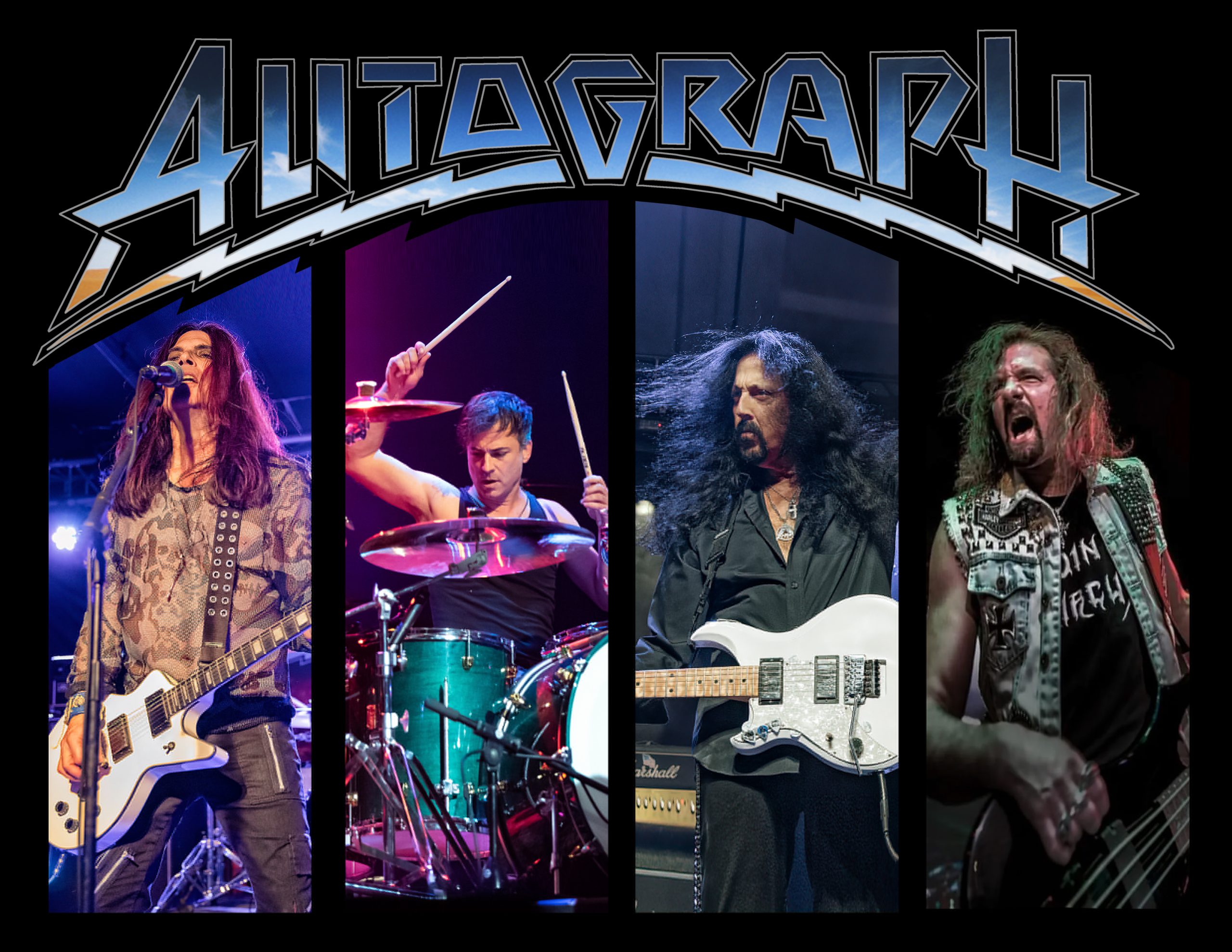 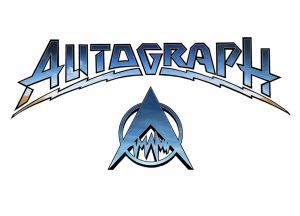 Autograph left an everlasting imprint on Rock ‘N’ Roll.  The platinum-selling Southern California hard rock juggernauts gave the world the ubiquitous hit “TURN UP THE RADIO”, seminal albums such as Sign In Please [1984], That’s The Stuff [1985], and Loud and Clear [1987] as well as unforgettable sold out shows alongside everybody from Motley Crue and Ronnie Dio to Van Halen and Aerosmith.  Given those accolades, when they disbanded in 1989, they never left the hearts and minds of millions of fans around the globe.  Simply put, a reunion was both inevitable.

In 2011, founders bassist Randy Rand and guitarist Steve Lynch decided to meet up at the NAMM show in Anaheim.  They rekindled their friendship first.  With the relationship rebuilt, they made a collective decision to play again.  “We approached our original singer Steve Plunkett about a reunion,” recalls Rand. ” He didn’t have the time to join the band again due to his buys schedule.  He did give us his blessing to move forward thou, and that was important.  We missed our fans.  This is for them.”  Fully embracing the future, the remaining members caught some videos Singer/Guitarist/Songwriter Simon Daniels of Jailhouse, Flood, 1RKO on YouTube.  Instantly, they sensed a connection and knew that he was meant for the open spot in the center stage.  “He was perfect to front Autograph” smiles Rand.  His hard-edged, bluesy voice and massive riffing sharpen our edge.  He’s given us a new energy, and he impressed us immediately.”  ” We all had a euphoric feeling after the first rehearsal, “Rand adds.  With the lineup solidified, Autograph stand and poised to vocals as well as drums with the addition of hard gitter and dynamic Drummer Marc Weiland.  Rand says that during his long-lived carrier he only loved playing with two drummers; one is the great late Randy Castillo, and then there is Marc Weiland.  As the band puts it,”We’re heavier then before. At the same time, the melodic vocals and catchy hooks are still an integral part of our sound.”  Successfully touring again since the beginning of 2014 Autograph has strived and shined at Arenas, Casinos, major Music Festivals as M3, Monsters of Rock Cruises, The Moondance Jam, 80’s in the Park, Grand Rock Tember, Cat Club Festival at Irvine Meadows, Firefest UK, among others reaching the 4 corners of the USA along with Canada and Europe as well as releasing 2 new anthem singles with one of them ” I Lost My Mind In America” making the TOP 10 ITUNES Charts and crowd favorite ” You Are Us, We Are You” receiving great reviews and airplay as well.  In 2017 Autograph released a new full length Album on Megadeth’s David Ellefson’s EMP Label Group hitting #21 on the Billboard Classic Rock Sales Chart as well as placing 2 new singles on the top 10 Hard Rock Media base Radio Chart. In 2019 Lynch decided to leave the group to pursue different musical styles and was replaced by international Monster Shredder Guitarist Jimi Bell formally from the band House of Lords from RCA Records, 1st runner for Ozzy Osbourne in 1986 and featured in the classic movie “Light of Day” starring Joan Jett and Michael J Fox as Joan Jetts band guitarist in the movie and playing on the soundtrack. The band delivers an undeniably bombastic live performance and was featured on the USA TODAY news website.  The Timeless iconic Classic Rock Anthem Tip 40 HIT Single “Turn Up the Radio” continues to receive constant and permanent Radio Airplay on all Major Rock Radio stations around the World as the line up is praised by the fans and the critics for their powerful live performances.